Gold roosters sing the victory song for the past year; auspicious dogs welcome a new harvest year. The 2018 Spring Festival Greeting Meeting and the 25th Anniversary Celebration Ceremony of Fazheng Group were held on January 26 at the Beijing Royal School’s studio. On the occasion of the 25th anniversary of the establishment of the Group and the coming Spring Festival, more than 800 staff representatives of the Fazheng Group gathered to give their birthday wishes to the Group.

The Spring Festival Greeting Meeting and the 25th Anniversary Celebration Ceremony entitled “Span Brilliance and Realize Future Dreams” was divided into three chapters, including “Memory of the Past”, “Current Achievements” and “Creating Our Future”. With the broadcast of the Group’s propaganda film for public service, the first chapter slowly opened.

Ms. Pan Jun, the vice chairman and CEO of the Group, delivered a speech on the theme of “Reviewing the Group’s 25-year Development History”. Using old photographs, she vividly documented the development history of the Group. She narrated the ordinary, breathtaking and touching stories of the Group, and led the audience to feel the true course of the development of the Group, as well as the hard work and dedication of its employees over 25 years, which resonated with all the participants. 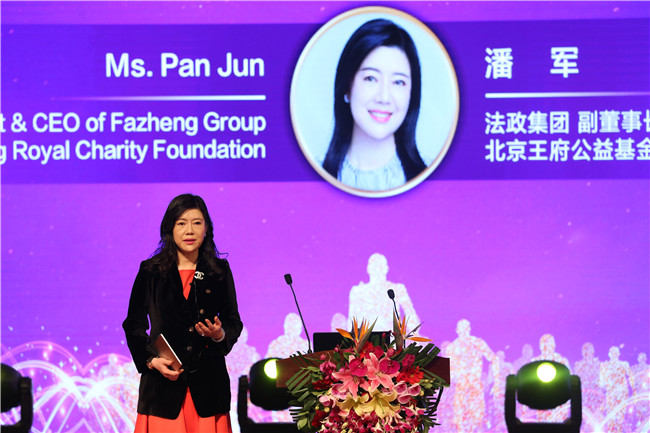 Subsequently, Mr. Wang Guangfa, the Chairman of the Group, delivered a keynote speech, where he planned and looked forward to the Group’s industrial development in the new era, and proposed new high standards for all employees of the Group. Chairman Wang inspired all Fazheng Group’s staff to bravely assume the responsibilities and missions entrusted by the times, build a century-long career for Fazheng Group, and welcome a brighter future! 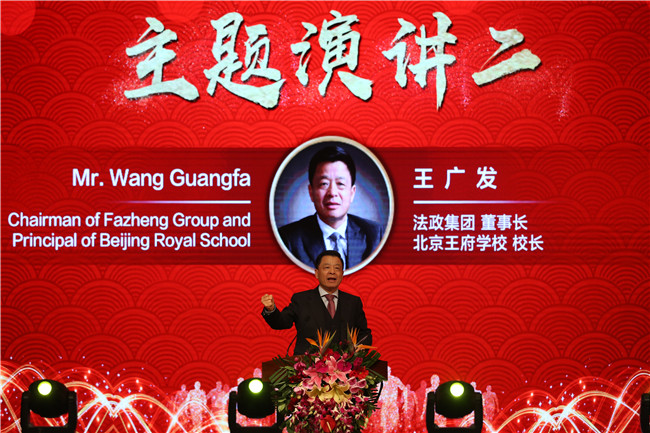 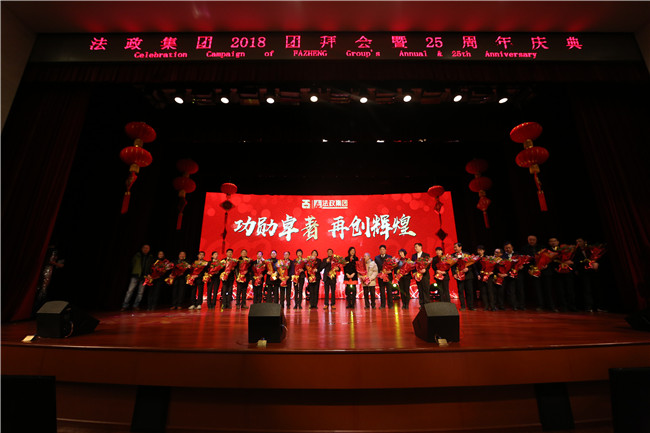 The last part of the first chapter was the presentation of the Royal Charity Foundation. Through introducing the assistance given to Jinggangshan’s students in the “Future Diplomat” project, all participants felt the sincerity and perseverance of the Group to public welfare undertakings.

The second chapter was formally started in the resonant “Song of Fazheng”. More than one hundred employees from the Group headquarters and its subordinate units participated in the chorus, to jointly celebrate the birthday of Fazheng with the song! 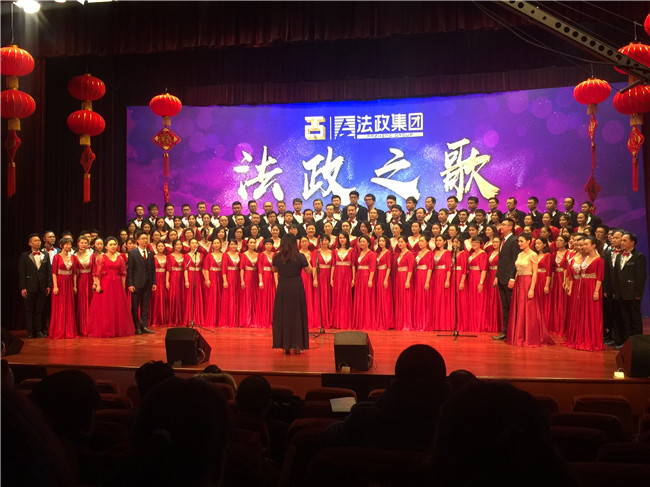 Afterwards, employees from the headquarters of the Group, Royal School, and Royal Hospital performed a variety of wonderful songs and dances, melodramas, short sketches, and poetry recitations. Lottery draws in the intervals of the program added to the interest and excitement of the evening. Ms. Pan Jun led young and middle-aged employees of the Group to form a first-rate lineup to recite the poem, “The Light of Fazheng, the Future Brilliance”, which pushed the celebration evening to its climax. 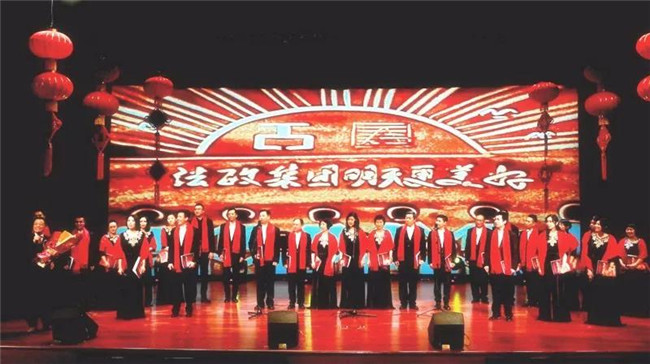 The second chapter ended in the song “Tomorrow Will Be Better” chorused by all performers. Everyone expressed their best wishes for the development of the Group by singing. In 2018, under the leadership of chairman Wang Guangfa, Fazheng Group will remain true to its original aspiration and advance hand in hand with staff to create a better tomorrow for Fazheng! In the third chapter, the greeting dinner, chairman Wang together with participants toasted the new journey, and jointly wished Fazheng Group a better future!

The 2018 Spring Festival Greeting Meeting and the 25th Anniversary Celebration of the Fazheng Group were successfully concluded in a harmonious, warm and happy atmosphere. This activity was not only the best display of the group’s staff’s enthusiastic, positive, progressive, united and enterprising spirits, but also was an encouragement for the Fazheng Group’s staff to continue fighting and making achievements. Looking back, we made concerted efforts to achieve common goals. Looking ahead, we will have the same goals and work hard. Let us look forward to a brighter tomorrow in the area of laws and policies!