They say video games can make children addicted, affect their studies, and ultimately make them nothing. However, Feng Mukang’s gaming presentation was an instant hit at the BRS Class of 2018 graduation ceremony: this brilliant game talent proved to be an amazing gift to his alma mater.

Feng plays a computer game called Minecraft, which is very popular among Chinese 00-post youth group. He used his game-playing skills to digitalize an electronic map of the Beijing Royal School campus and then built a gate model of BRS from it. He entranced the audience with his video showing the building process and then unveiled the model, built of 7,168 LEGO blocks, on the stage. Everyone was dazzled by his brilliant talent and deeply touched by his affectionate gift to his alma mater.

Since junior high, Feng has tried to build model buildings of traditional Chinese style, western medieval style, Roman style and modern style buildings with Minecraft. He has submitted these intricate works when applying for university placement, as he believes they are concrete examples of his imaginative and creative ability, and admissions officers have been impressed. The University of Manchester, ranked 7th worldwide for architecture, has accepted Feng into their ranks.

“I think the admissions officer probably didn’t expect that someone would use a game to submit their portfolio,” he said.

Congratulations to Feng Mukang! You have knocked on the door to a new future using your own unique talents and creativity. The door has opened wide for you. Walk thru it! 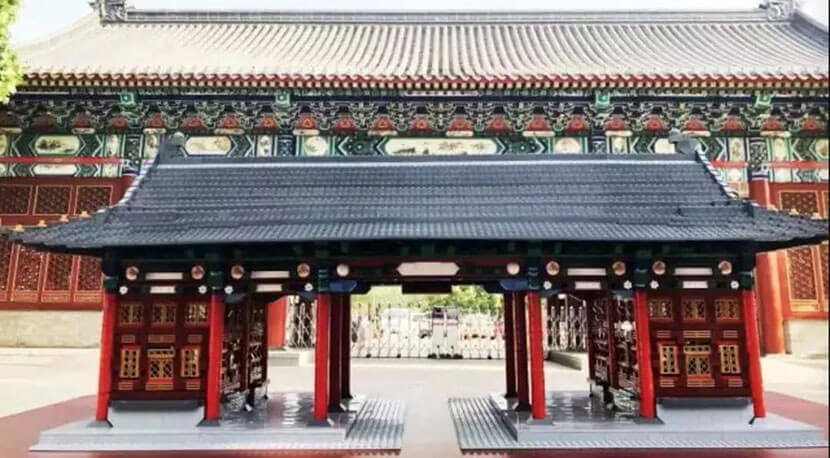 A gate model of BRS built of 7,168 LEGO blocks by Feng Mukang